26Nov 2017 by Frederick Neff No Comments

Smoking e-cigarettes and smoking hookah has a lot of similarities, but plenty of differences. In this article we’ll detail various differences – from the taste, feel, convenience, to also the health benefits and which one might be a better alternative if you’re trying to quit smoking 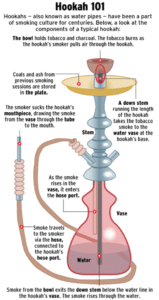 Hookah is really just a type of water pipe. Mechnically you have a head, a central stem, and a water bowl at the bottom. Moist tobacco goes inside the head, and – surprise, surprise the waterbowl holds the water.

After there is the tobacco in the head, to produce smoke charcoal is lighted and held above it on a piece of foil with holes poked in, or on a mesh. This way the tobacco is heated without being burnt, producing nice, clean smoke. The smoke can then be inhaled through the water which serves as a filter, and out of the hose.

Hookah tobacco is a little different from tobacco used in cigarettes. Not only is it moist, but it also contains other things such as molasses and a variety of flavorings to produce the various flavors Hookah is known for. 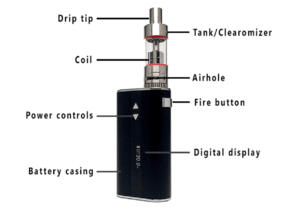 Vaping, is done with a vape or e-cigarette to produce the smoke and inhaled by the user. In vaping there is no actual tobacco. Instead, there is just some nicotine with flavoring components from tobacco leaves – making it a great alternative to smoking.

Vapes use a coil to heat the e-liquid or e-juice essentially turning liquid nicotine into a vapor/gas. The coil itself is powered by a rechargeable battery and the amount of vapor within the e-cigarette is monitored via a sensor to indicate vapor levels – to see when you can take another drag or if you need to refill. They can also be customized with favorite box mods for added effects.

What is the difference between Hookah and Vaping?

Now that we know the basics of both of these smoking alternatives it’s time to get into what makes them different.

Tobacco vs No Tobacco 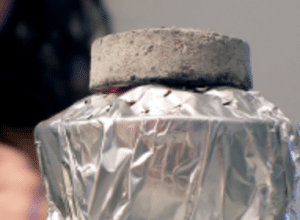 The biggest difference is that while both have nicotine, vaping does not actually involve tobacco while hookah does. Vape juice is just liquid, tasty, nicotine really.

They do offer a similar experience in that whether you hookah or vape you’re ingesting some flavored, tasty smoke – usually sweet/decandent flavors.

They are both considered to be better alternatives to smoking – smoother on the throat and healthier overall, but there is still a lot of debate about this fact. 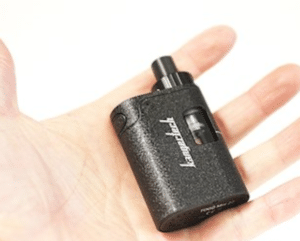 Finally, vaping is much more portable. Vapes are small electronic devices that can be easily held in your pocket since they are small and lightweight making them easy to indulge in when you’re out and about.

However, hookahs are much larger, and not things you typically bring around with you. They’re bulky and meant to sit in one area while it’s being used by a group of people.

What may be surprising is that they have very similar costs. Starter kits for vapes including e-juice tends to be around $150-$200, while the same is true for hookahs when you also factor in a hookah hose, blends, and coal.

There are monthly costs as well since you need to purchase more e-juice/blends. For boht products you just buy as you need more since they are as use products. Vapers tend to spend more since it is more of an individual hobby instead of a communal experience like that of hookah users. E-juice costs can run about $100/month while hookah users maybe spend 1/2 to 1/4 of it.

Again, both depend on use so if you have friends over every night do smoke some hookah don’t be surprised when the bill runs up to a few hundred! 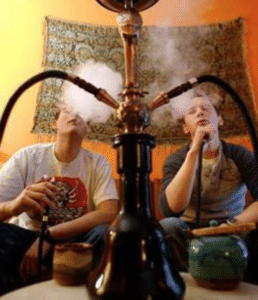 Hookah contains a lot of the same chemicals as cigarettes does, so you can still ingest a lot of bad compounds. However, hookah users heat the tobacco (instead of burn) so there is a chance that it is less harmful.

Although the water serves as a filter for the smoke, it only smooths it out for users and keeps most, if not all harmful chemical compounds in the smoke. At best, smoking hookah is only slightly better than smoking a cigarette. However, there is still not a lot of research done on this, so it’s also possible that is the same.

Unlike Hookah, e-juice/e-liquid is mostly made of propylene glycol and vegetable glycerin which are not known carcinogens. Toxic chemicals are less present in the e-juice and  therefore pose less of a risk because of the simpler chemical composition of e-liquid – according to Public Health England about 95% less risk.

The biggest risk of vaping tends to be from specific flavors rather than the juice itself. The flavors are made up of various chemicals, and some recipes have potentially harmful chemicals. However, due to the low quantity found in the juice there tends to be minor risk and is not a major issue to be concerned about. 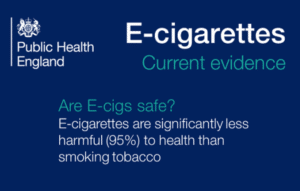 One of the biggest differences is how they are intended to be used. Those who smoke hookah often do it as a social event. They meet up with friends, drink some beers, eat some food, and maybe some some hookah. Smoking hookah is a social past time and not something that a typical individual does regularly.

On the other hand vaping is a habit that people often indulge in every day. There is no social emphasis, and vapers will take a puff whenever they wish to – outside in the park, in restaurants, etc. However, because many more people are passionate about vaping and it is a hobby there is much more of a community.

There are vaping meetups, and many people like to discuss the intricacies and technicalities of particular vapes. Online forums are also extremely popular for vapes, but not so much for hookah users.

So Which Is Better?

Ultimately, it does depend on what you want out of your smoking activities. Hookah is a good choice if you are a social smoker and want to avoid making it a big habit. However, with vaping you have convenience and a big community to be a part of. If you are trying to quit smoking cigarettes, then e-cigarettes and vapes are better alternatives.

They match the convenience and have reduced health risks (even lower than hookahs since they are hardly better for you than cigarettes, if at al). However, all preferences aside we believe that, as a whole, most people would enjoy vapes more due to the increasingly large community and extreme convenience that hookah just can’t match.