GeekVape is an entity that came onto the vape scene in the year 2015. It consists of enthusiastic and experienced vapors, which are actively devoted to the research and development of vaping devices. At first the company acquired a grip on the market after coming up with the Griffin RTA which was very successful in that it build the image of the company, as one of the forefront company making budget priced and authentic gear. In the year 2015, a company by the name OBS which was new in the market came up the Crius. This product was prone to many quality control issues as well changes thus GeekVape saw it as an innovative opportunity. It went ahead and improved upon all the Crius shortcomings by using a friendly deck, better insulator and larger and improved top filling. These improvements were a great achievement for GreekVape. It impressed the Vapers and hence they bought many of them. 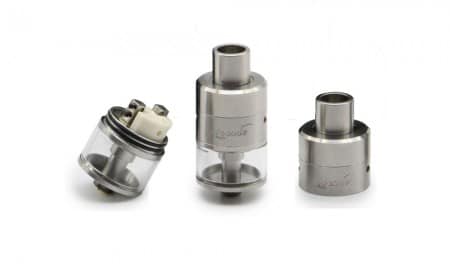 In vaping households, GeekVape now became a common name as it also came up with atomizer additions which continued building its reputation. The development of Avocado RDTA brought a rejuvenation of the Genesis style atomizer with a new way of using cotton wicking and horizontal coils. This product has maintained its high value since it even being used by other manufacturers as the basis for developing new designs on RDTA atomizer.
With the affordable and unique Tsunami designs (a 22mm atomizer version and 24mm atomizer version), GeekVape continued to flourish exponentially. Besides, GeekVape develops Sub-ohm tanks i.e. the Digiflavor branded Espresso and Eagle. The Eagle has RBA deck while Digiflavor branded Espresso on the hand is available both in 22mm version and 25mm version. There are also a variety of Alien coil builds, Pre-made coils as well as embellished Clapton wires produced by this company. This company also offers a 521 Tab-ohmmeter and 521 Tab making kit and other handy products. Recently, GeekVape has entered the mod market and is in the process of releasing a variety of unique and new offerings.

A good number of new atomizers entering the GeekVape collection using the name Digiflavor. The new lineup is innovative and exciting since it is filled with a variety of atomizers. The new RDTAs include the Siren GTA and Fuji GTA. The Siren GTA comes in four different versions while the Fugi GTA comes in two versions.

GeekVape: Impact on the Industry

Through its products, creativity and innovation, GeekVape has made a robust and incontrovertible impact in the vaping industry. Many manufacturers as mentioned above continue to use the GeekVape products in their day-to-day operations. Nearly all the Chinese manufacturers‘ atomizers come with many features coined from GeekVape atomizers. The company’s products such as the Avocado has made a significant influence in the entire industry. No other versions have shown capabilities of outdoing GeekVape product versions. 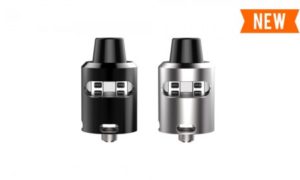 The Eagle is distinguished from many similar sub tanks in the vaping industry by its hybrid design. It can act as an RTA as well as a sub-ohm tank. Since it is a redesigned Griffin RTA, it accepts the clearomizer heads. It uses impressive exotic wires and is user-friendly.

In the modern world, Vaping industry has become one of the major industry in the entire world since the sector has been very fast in creating many innovative and unique products. These products have proved to be safe, easy to use and very creative as compared to previously produced products. GeekVape has made a great and significant impact in this critical electronic cigarette industry and continues to bring key surprises in the market. For every great tank you need a great mod. Check our 2016 vape mod ranking.