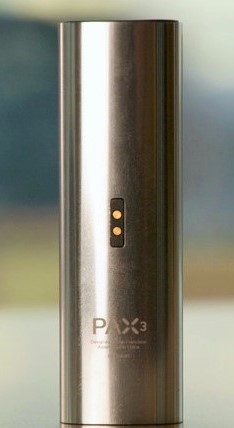 is a medical grade vaporizer that delivers strong and pure vapor within just 15 seconds. The herbal vaporizer’s subsequent heat-ups are instant, and it produces quality smoke. With superior performance, PAX3 promises a decent experience. The Pax3 is an improvement of the former PAX 2 and it’s one of the best vaporizers on the market. It comes in a modern and classy design with a robust construction. From the appealing aluminum exterior to the highly advanced feature, PAX 3 is intended to give the ultimate comfort.PAX is known for producing significant amounts of visible vapor with exceptional flavor and aroma. By just adjusting the heating profile you can achieve maximum efficiency without the need of pulling hard in just to get a low draw. 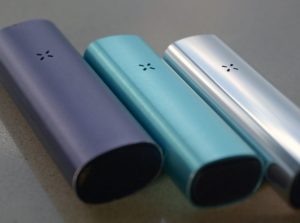 · Smartphone app- One of the most outstanding features of PAX 3 is the inclusion of a free smartphone app which can be used with both iOS and Android. The app controls temperatures and unlocks special features of the vaporizer as well as heating profiles. You can easily pair PAX 3 with the app and set temperatures with a simple up and down flip. The app also enables you to control settings including LED brightness, built-in-games, perform firmware upgrades or even lock your device. The app also alerts you if an upgrade is available so you can install it wirelessly through the app. The app also unlocks predefined heating profiles such as Boost, Stealth, Efficiency, and Flavor.

· Design- The design of PAX 3 is sleek and compact, and one can hold it in one hand. The shiny aluminum finish is done to perfection. The vaporizer has a spot for flat or raised mouthpiece at the edge of the vaporizer. It has an oven lid which has a protrusion that lets large amounts of vapor out. A magnetic top holds all content in the bowl.

· Controls- The vaporizer features an accelerometer with a button that adjusts all controls including RGB led readout. The buttons allow you to turn PAX on and off, open temperatures settings and even access operating modes.

· Heating- The vaporizer heats by conductive means. It features a heating element that warms up the oven walls allowing you to breathe and pull vapor from the chamber. PAX 3 heats three times faster than PAX2 since it has pre-loaded C02 cartridges that enable the device to reach vamping temperatures. The smoke produced is high quality and tasteful since it is allowed enough space for cooling down. 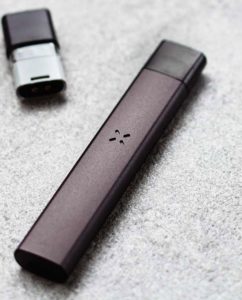 · It scratches easily after some time.