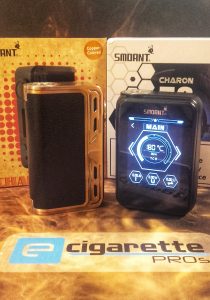 Today, courtesy of SMOANT who sent us Charon TS 218 and Charon TC 218 mods for the purpose of this review, we’re going to compare these two excellent dual 18650 mods with stunning appearance and superb performance.

I’ve given them about two weeks testing time and it’s certainly been a pleasure using both mods, especially 218 TS (touch screen) which is the latest flagship temperature control mod from SMOANT. I’d describe it as a glowing offspring of 218 TC model.

Both mods have the same maximum of 218W output, and both have a well-regulated temperature control for SS, Ni, Ti, as well as TCR mode and the option of setting power curves to your preferences. Both mods are firmware upgradable, which has become a standard feature for all reputable mod manufacturers.

The Specs And Features 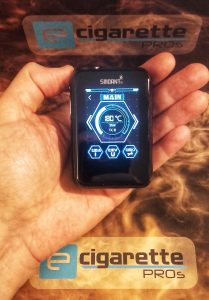 While the older brother has a small but bright and easy to read display, the 218 TS comes with a huge, super bright screen where you can adjust virtually all the options with a tap or two. Even the brightness of the screen is adjustable!

This is a huge advantage when you often change settings. You don’t need to click several times and remember the combinations of the buttons which give access to certain menus, submenus, and individual settings.

The screen is very responsive, gently lit and not flashy colorful (just to my liking) so you can keep it lit in public without getting the looks. The screen locks completely by pressing and holding the screen locking button for 3 seconds. One short click will turn the screen on and off. Once again, absolutely amazing touch screen!

The Performance In Different Modes 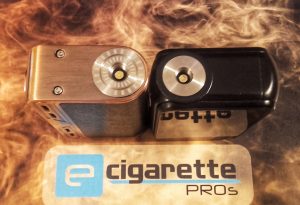 Thanks to really good 510 connections on both mods which can take atomizers up to 25mm, I was able to try all modes using a few RDAs, Ammit 25mm RTA for D2L and a few M2L atomizers as well.

My subjective impression is that both 218 TC and 218 TS by SMOANT perform really well in temperature control mode as well as in TCR. My preferred settings for SS with 0.27 ohms dual coil with preheat set to 35W and the temperature of 350F gave me a warm, satisfying vape.

As for the power mode, I measured TC 218 over-shooting by 0.14V and TS 218 undershooting by 0.11V. I only measured the output voltage at 1.6Ω and it could be the case with my two samples only, but it’s still worth mentioning. In general, I got a delicious vape and no other inconsistencies or any kind of issues whatsoever. The resistance reading is fairly accurate by all standards and both mods fire quickly with a barely noticeable delay from standby and no delay once the coil/coils heat up.

As for efficiency, both mods gave me a more than expected vape time using paired Samsung 25R and LG HE4 batteries which were brand new but also using a year-old pair of Sony VTC4. No complaints there, either.

The Ergonomics And The Feel In The Hand 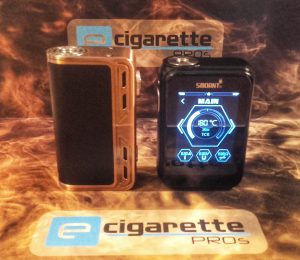 Sizewise, TC 218 is a bit taller but also a little narrower, which makes it a little more ergonomic and more comfortable in my hand. I have quite big hands so both mods feel fine and the weight gives the additional feel of quality of materials and the craftsmanship.

TS 218 weighs good 30 grams more than the older brother and, once you pop in 2 18650 batteries, it gets quite heavy (340 grams). Some might find it too heavy for when you’re up and about, but I’d say that quality comes with the weight and I don’t really mind this. 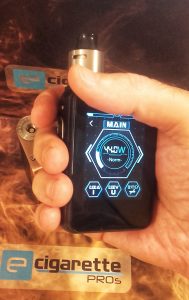 What I do mind a little, however, is the position of the fire button on the 218 TS. Just below the 510 connection, on the side panel, there is a button which locks the screen. In the photo on the right, you can clearly see how my index finger naturally falls on the screen locking button, rather than on the firing button. 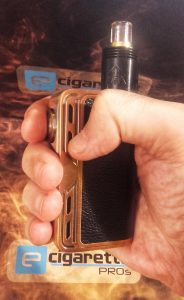 Although not a huge con, I’d prefer the way the button is positioned on 218 TC. As you can see in the left photo, my index finger sits right on the firing button which is super-easy to find.

The concave design of the 218 TC battery door, as well as the beautiful layer of leather which covers the door, makes it much more comfortable to hold the mod.

Another thing, since the 218 TS has a beautiful touch screen covered with a glass panel but also has a glass protection on the battery door located on the back, I was a little more careful than usual about not dropping the mod. With 218 TC I had no fear. It has a robust C-frame and although I didn’t want to torture test it by deliberately dropping it, I’m sure it will survive the fall undamaged. 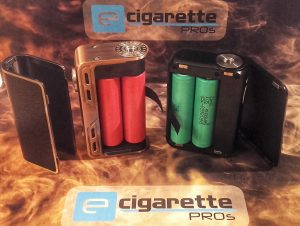 The ease of replacing the batteries on both mods is outstanding. High-powered dual 18650 mods such as these two big guys from SMOANT, require top-quality high-drain vape batteries. Although onboard charging is available on both mods, I ALWAYS charge my batteries on a reliable external charger and so I need the battery replacement to be easy-peasy.

The battery compartments on both mods are clean and well marked and the magnets are strong to hold the door in place and prevent play. Replacing batteries on both mods is a breeze, so good job SMOANT! 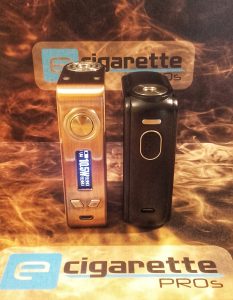 There are no winners and losers in this shootout, guys! It all comes down to personal preferences, so if you’re a touch screen fan, go for Charon TS 218. The responsive touch screen will make all the adjustments quicker and easier.

If you prefer a more robust and ergonomic feel in the hand, I recommend Charon TC 218. It doesn’t really fall short as regards the ease of adjusting the settings because it’s about the same as most mods in the medium price range but with a much better build quality and design.

Since both mods perform equally well and have great dual 18650 power and autonomy, considering all aspects you’ll be a happy vaper whichever of the two mods you choose.

Kudos and thanks to SMOANT! We can certainly expect new high-quality mods from them in the future!